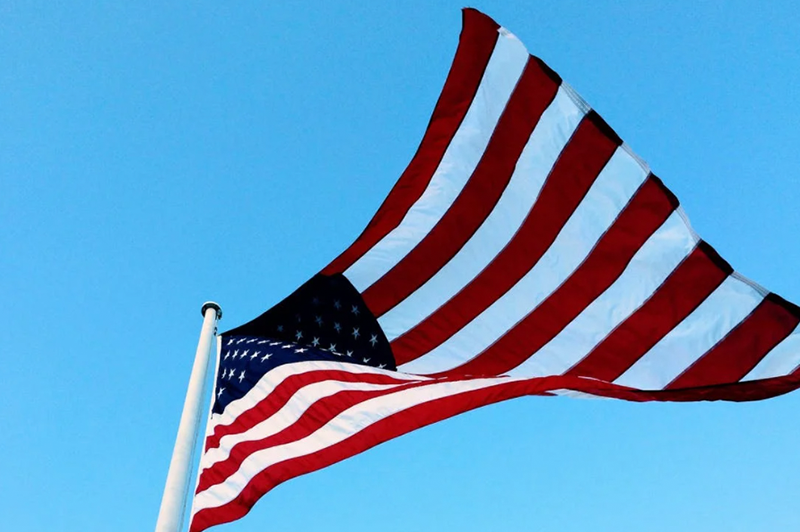 A pair of Corpus Christi couples reached out to a homeless 82nd Airborne veteran who was in a wheelchair. They discovered he was unable to perform the activities of daily living and took him in. In trying to secure appropriate care and assistance for him, they encountered difficulties, challenges and denials, until they met Santos “Mo” Molina of the Texas Veterans Commission. Below is a letter from a member of the couples assisting the veteran, Dawn, written in February 2022, recounting the experience in her own words (to protect the veterans privacy, his name is not used).

It’s Thanksgiving Day, 2021. A man sits in his wheelchair, behind a bus stop bench in Corpus Christi, TX. Disabled, following a massive stroke on April 23rd, less than one year later, his resulting paralysis has cost him his more than his mobility. Unable to perform any activities of daily living, he was 60, lost his job, and, soon after, his home. My name is Dawn. My partner, Jason, and I had seen him several times, in the same area of town. When we thought of him on Thanksgiving, we immediately loaded up a bag with food and drove to the place we’d seen him, before. He wasn’t hard to spot. The streets mostly empty, he sat alone on the sidewalk on Thanksgiving, like any other day. He watched cautiously as we approached. We held up the food and exchanged introductions. Asking if we could sit with him while he ate, he began telling us the story of his plight. He had no substance abuse issues, had not been chronically homeless and was never unemployed. We inquired about the 82nd Airborne cap he was wearing. “Yes,” he said, “I’m a veteran.” Wheels started turning. I asked if he was in the VA system. When he said he wasn’t, I asked him if he wanted help in obtaining his DD214. He most certainly did. “We’re going to have to trust each other, a lot,” I told him as he provided his necessary information to a total stranger.

On day 2, we arrived early in the morning with his coffee and breakfast, and a simple question. “If I get in the ring with you, will you fight for your life?” His eyes said it all, but, he said with conviction, “I will.” I asked him what he needed more than anything, at that moment. He said he needed to be dry, that he’d been wearing the same incontinent briefs for days. Nearby was a Wal-Mart. Once we wheeled him inside, he directed us toward the items we’d need to change him. As Jason wrapped his arms around the veteran, supporting all of his weight, his left leg bled as he lifted him from the wheelchair. As we “bathed” him with baby wipes, and ditched his urine soaked clothing and undergarment, I was certain that a case this urgent would be resolved within days. Eighty days later, I’m not so naïve.

Being non-ambulatory, the shelters designed for the homeless and vulnerable were not available to this veteran. He was even banned from public transit, having no one to push him onto the bus. “The drivers aren’t supposed to do that…you have to be able to wheel yourself onto the bus.” And, once the bus pulled away, he was considered a loiter and told to leave the bus stops by local law enforcement. Truly, he was only visible when attempting to utilize a system designed for able bodies. “I won’t give up if you don’t give up,” were my parting words to him on day 2.

On our 3rd day of visiting the veteran to drop off provisions and a water repellant wool blanket, another couple, wishing to remain anonymous, noticed the three of us and stopped to offer food. Like us, “Victor” and “Sylvia,” had no idea that this was the inception of what would become the most challenging endeavor of our lives. With sleet beginning to fall, and Victor learning that this man was both paralyzed and prior military, he said, simply, “Help me put him in my car.” Stunned, we paused. “I have a partially finished garage with a pull out couch. Let’s put him in my car, and you guys follow us.” When asked if he was willing to go with strangers, the veteran was ecstatic to have someplace, any place, to go, the icy precipitation, unrelenting. By day’s end, we’d see him safely tucked under warm blankets, surrounded by strangers turned friends. As he cried, he expressed just how good it felt to lay in a bed.

The arrangement was simple. Victor and Sylvia would house this veteran, Jason and I would do all hands-on care, I would do the administrative research to get him placed in a skilled nursing facility and we’d split the cost of feeding him.  Rookies at both caring for a disabled stroke survivor, and navigating “the system,” we spent many fruitless hours each day attempting to piece together a plan for him. Each new contact I called was met with a similar response. Ultimately, when money was discussed, that response was always, “No.” He had no access to his financial documents, his pay stubs, even his proof of disability was scattered from San Antonio to Harlingen to Houston. Meeting those two criteria for Medicaid, financial and clinical need, was proving to be infinitely more difficult and demanding than it sounded.

On December 20th, 25 days after meeting him, we handed the veteran a copy of his DD214. “ Character of service: Honorable. Reason for separation: Completion of Required Service. He had honorably served a country that was failing him in the worst way. As the notes, appointments and points of contact mounted on my dining room table, many nights, I had no encouraging updates for him. I began to sense that each agency was operating in a vacuum. The process was not unlike  working in a SCIF during my Air Force days. (Sensitive Compartmented Information Facility) It appeared that each entity was withholding some key piece of information, that no one, regardless of their position, could offer valuable guidance in finding a place for this veteran. Amidst the jungle of securing permanent, skilled care for our now friend, we suddenly found ourselves in a meeting with Adult Protective Services. I had placed a call to their local office, but, was told to contact resources that had already given me little more than an apology and well wishes in finding the “right” help. Now, we’re in an investigation by that same agency, interested in the conditions of the veteran’s temporary housing. The APS officer had arrived to investigate the lack of running water and toilet facilities in the garage where Victor and Sylvia were graciously housing him. A total slap in the face, in reporting the dire need for him to gain access to a nursing home, the spotlight fell, instead, on what was lacking once interested citizens had taken him off the streets. This was certainly one of a few breaking points. Our patience spent, I began questioning the officer as to what resources he had to offer us. Where could we go? Who could help us? Could we get some more hands for bathing, changing, putting him to bed each night, and getting him up, each morning? How about food? Could someone assist with meals? Was there any financial help to cover the cost of his clothing, bedding, wipes, toiletries and incidentals? And, the heating costs…those had gone up, with two space heaters running 24/7. What, exactly, can you do FOR us vs. TO us? “Protective” being their middle name, we soon learned that a veteran cowering behind a bench for wind protection was deemed acceptable, but a garage with no running water was cause for an investigation. The officer congratulated me on finding all the cracks in the system. I wasn’t looking for cracks. I was looking for answers.

On January 3rd, I was advised by the VA help desk to contact Mr. Santos Molina of the Texas Veteran’s Commission. He made only one promise; that he would do all he could until this veteran was placed. This would be the first of many conversations with Mr. Molina and a renewal of my faith that we wouldn’t be ushered on to the next contact. The buck had stopped. Each time we spoke, I knew to have a paper a pen ready, there would be real updates. Mr. Molina enlisted the help of LT Fox, who also joined forces with us in cutting through the red tape on behalf of one of the most vulnerable and difficult cases they’d witnessed. Mr. Molina has worked tirelessly, thinking outside the box, meeting in person with the veteran, reaching out to every imaginable resource. While we are yet awaiting a bed for him, he has been our greatest advocate and cheerleader on the days when I’d break down and cry from exhausting all calls for help and the sheer lack of answers. As of the writing of this article, the veteran has exactly 17 days remaining before Victor and Sylvia must reclaim their work space and their lives. They have done more than most any citizen would, taking in a total stranger for over 3 months. On February 28th, the veteran will be without shelter, again. Still, there is no organization or nursing home in sight for him. Defenseless and defeated, I reminded him, just last night, that I won’t give up. His response? “I won’t give up.” Jason and I remain resolute in staying in the ring with him. And, we stand desperate for any assistance of any kind from any organization or individual. For now, I turn out the light, and pray that sunrise brings answers that have yet eluded us.

In the time since this letter was written, Molina reports that the veteran is now housed in a skilled nursing facility as of March 3.  Molina, pictured, serves as a Claims Benefits Advisor of the Texas Veterans Commission and is a Navy veteran.

Get Claims assistance at no cost with a TVC Claims Benefits Advisor. Find the CBA near you and make an appointment at https://www.tvc.texas.gov/claims/appointments/ .